We hope to continue this history long into the future; come and join us.
We will accomplish this mission by responding to natural or man-made emergencies, and by interacting with various civic groups and community associations, through the selfless commitment of our volunteer members.

Over the last two weeks station 58 started spreading fire safety. First heading to Llanerch Fire Co. then going to  Ebeneezer church to spread fire safety with all the students. Thank you to Ebeneezer church...Read More
We have had a very busy 2 months at Station 58, 2 members are in a VRT class, 2 members are in Fire school, and today members participated in Haverford Township day, as well as...Read More
Last night for drill 11 members from station 58 took a Pennsylvania traffic incident management class. in total 17 members from station 58 took that class.
Dont forget folks fire prevention is Sunday October 3, at Bon Air Fire House hope to see you all with your families.
On Monday September 20th 2021 we at Bon Air Fire Co. were honored by members and students of the Temple Beth Hillel – Beth EI Religious School, With a beautiful plaque showing a 9/11/2001 memorial...Read More

The History of the Bon Air Fire Company

It was 1918; Woodrow Wilson was President, Sunday baseball was made legal, the United States’ First World War I victory was achieved in Belleau Wood, gas was 25 cents per gallon, the average family income was $1,518 per year and 22 concerned & civic minded individuals joined together to form the Bon Air Civic Association. Since they had no official meeting space, they met in various members’ homes and, as a part of their activities, they formed the Bon Air Fire Brigade. Each member of the Brigade was issued 2 buckets for purpose of controlling unfriendly fires. At the time, we were the only fire company on the southwest corner of the township.

5 years later (1923), the Association paid $1,000 for a community lot, at the present site on Royal Avenue, and the next year they built its first hall. Our first piece of motorized apparatus, a Ford, on which was mounted soda-acid tanks for firefighting, was housed in George Shadel’s workshop.

The Bon Air Fire Company also serves our community with our hall rental. The hall holds approximately 80 people comfortably. The rate is $500.00 for a 4-hour rental (this includes a $50 cleaning fee) and $50.00 per hour after 4 hours. We have 10 large round tables that can seat up to 8 people per table. We also have two 6 ft. tables and two 8 ft. tables. With the rental of the hall the price includes the use of one commercial refrigerator in the kitchen and the use of the gas stove. Our hall is also handicap accessible with a wheelchair elevator in the rear. Parking for events are in the rear of the firehouse. If interested, please call Kevin at 484-410-1529. 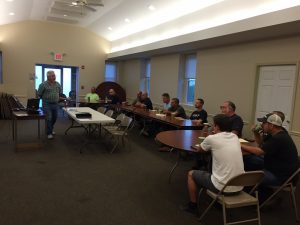 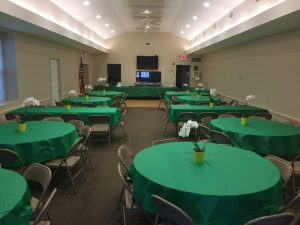 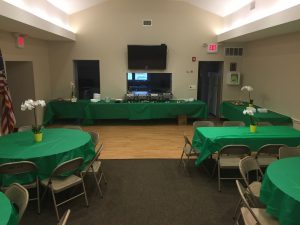 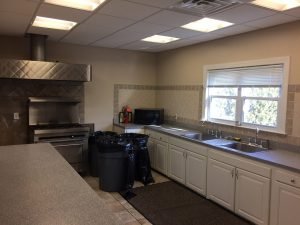